About the Emblem:
One of the oldest awards available to Boy Scouts. It was originally given to recognize those Boy Scouts who were altar servers. The Ad Altare Dei (to the altar of God) program is today designed to help Roman Catholic Scouts develop a fully Christian way of life in the faith community.

Eligibility:
To be eligible to receive the Ad Altare Dei, the Boy Scout must be of the Catholic Faith, must attend Mass, must have received some form of formal Catholic religious education, must have completed the sixth grade and be a member of a Boy Scout Troop for at least six months.
The applicant, his parents or guardian, his Scoutmaster or other Troop adult leader, his pastor and his Ad Altare Dei Counselor must sign the application found in the Ad Altare Dei workbook indicating the Scout meets the eligibility before any work on the Award begins.

The Program:
Presentation of Award:
The BSA religious knot patch will be mailed to the Scoutmaster of the Scout's local parish in late January. The Scoutmaster will be asked to present it to the Scout on Scout Sunday or some other Mass so that the Scout will be recognized by his parish for his work on this religious award.

The Ad Altare Dei Medal might be presented to the Scout at a special ceremony held each February at St. Augustine's in Belleville. 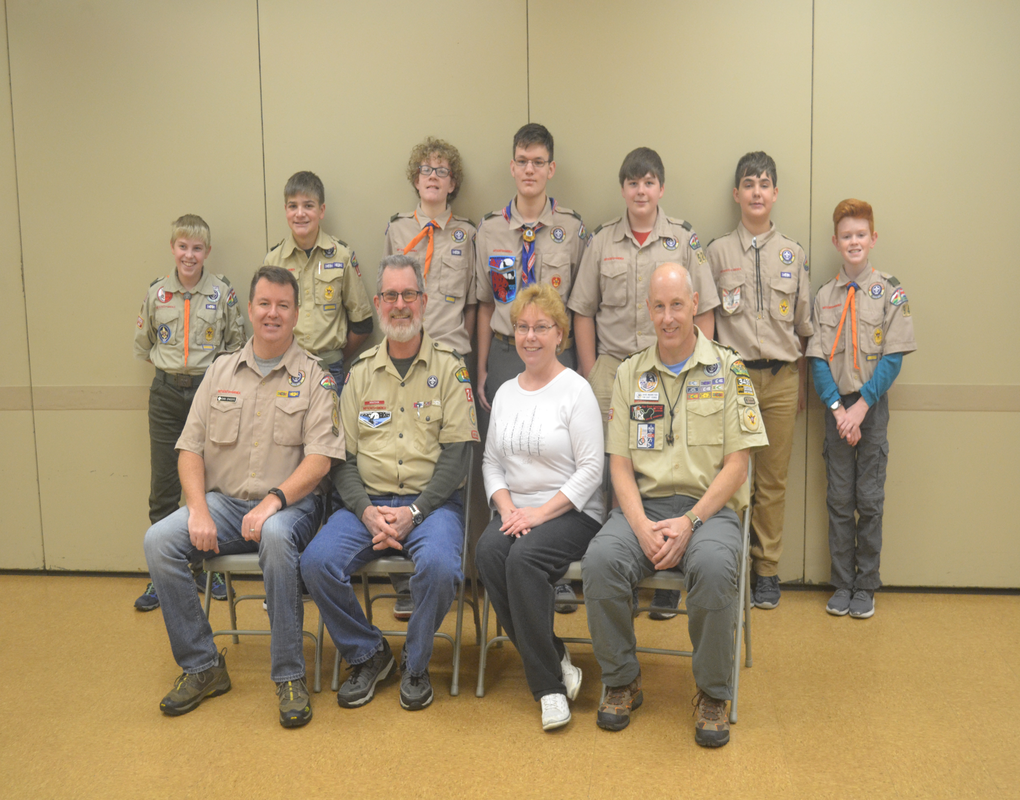 Official Website of the Catholic Committee on Scouting in the Diocese of Belleville, IL     Copyright © 2016